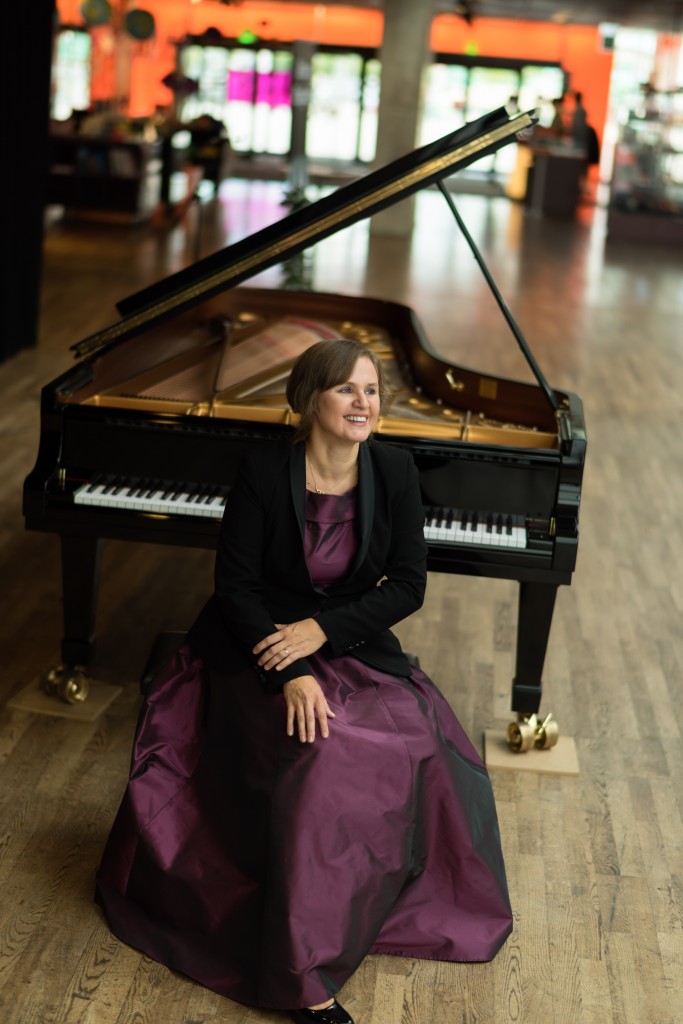 Julia Mustonen-Dahlkvist is professor and Head of the Piano Department at the Ingesund college of Music at Karlstad University. She is Blüthner Artist and Genuin Records Artist in Germany. She is first prize winner in Nordic Piano Competition in 2004 and has received prices and awards in the Finnish Culture Foundation in Finland, Anders Wall foundation in Sweden and Sonning Scholarship award in Denmark among others.

Julia Mustonen-Dahlkvist is chosen one of the 20 most influential musical personalities of Sweden in the classical magazine OPUS in 2014.

Among other artistic project, Julia performed the complete repertoire of C. Debussy and recorded part of it, on Genuin records label in Germany.

Many of her students are international laureates and many are competing on a WFIMC level and she is frequently invited to be on the jury of national and international piano competitions.

She is a leader of the creation and implementation of the new Bachelor Program, instrument Piano at Ingesund School of Music (Karlstad University)

Julia is a concert pianist with diverse background. Born in a Finnish-Russian family in Sibiria, she started to play the piano at the age of three under the guidance of her mother, Lidia Mustonen. She has studied several years in Sibelius Academy in Helsinki, Staatliche Hochschule für Musik in Freiburg, Hochschule der Kunste in Berlin, Royal Academy in Dublin as well as Stockholm College of Music and Marshall Academy in Barcelona. Important teachers has being for her: Vitali Berzon, Erik T. Tawaststjerna, John O’Conor, Dominique Merlet and Alicia de Larrocha

Prof. Julia Mustonen -Dahlkvist is the artistic director of Glasfjordens Music Festival, president of a Ingesund Piano Foundation and artistic leader for the Nordic Piano Competition from 2016.