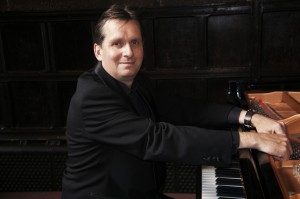 Murray McLachlan, Chair of EPTA UK (European Piano Teachers’ Association) is Head of Keyboard at Chetham’s School of Music and  a Senior Tutor at the Royal Northern College of Music in Manchester, England.  McLachlan  has made over 40 commercial recordings which have consistently received outstanding reviews, including ‘key recording’ and ‘rosette’ status in the Penguin Guide to CDs.  He has performed on all five continents and  also serves regularly on juries of international piano competitions.

McLachlan is founder/artistic Director of the Chetham’s International Summer school and festival for Pianists, Europe’s largest summer school devoted exclusively to the piano (www.pianosummerschool.com)       In 2007 McLachlan launched the first Manchester International Concerto Competition for Young Pianists (www.pianoconcertocompetition.com) an event which was be presented for the fourth time in August 2013.

McLachlan is also a well-known writer, and has contributed many articles on piano technique and music to magazines in including ‘International Piano’ and ‘BBC Music Magazine’.  He was  editor of ‘Piano Professional’ Magazine from 2007-14  He is currently editor of Piano Journal. In June 2012 the University of Dundee awarded him an honorary Doctorate for outstanding services to music and education. His books for Faber ‘Foundations of Piano Technique’ and ‘Piano Technique in Practice’ were issued in 2014 an 2015 to wide acclaim.