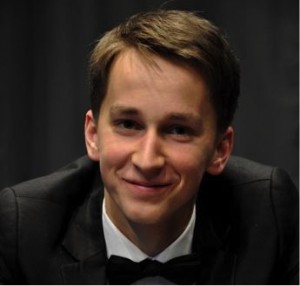 Daumants Liepins (Liepiņš), a young Latvian pianist, started to play piano at age of 5. He started winning prizes in numerous piano competitions already from a young age, including 1st prize in the National Piano Competition (2003), 2nd prize at an international competition for young performers in Oldenburg and many others.

In 2017 Daumants became the 1st prize winner of the 8th Nordic Piano Competition. In 2016 Daumants was one of top 6 pianists at George Enescu Competition, where he played 2 recitals LIVE on Medici TV that were broadcasted worldwide and later in 2016 he won the 3rd Prize in The Fifth RNCM James Mottram International Piano Competition in Manchester, UK (WFIMC).